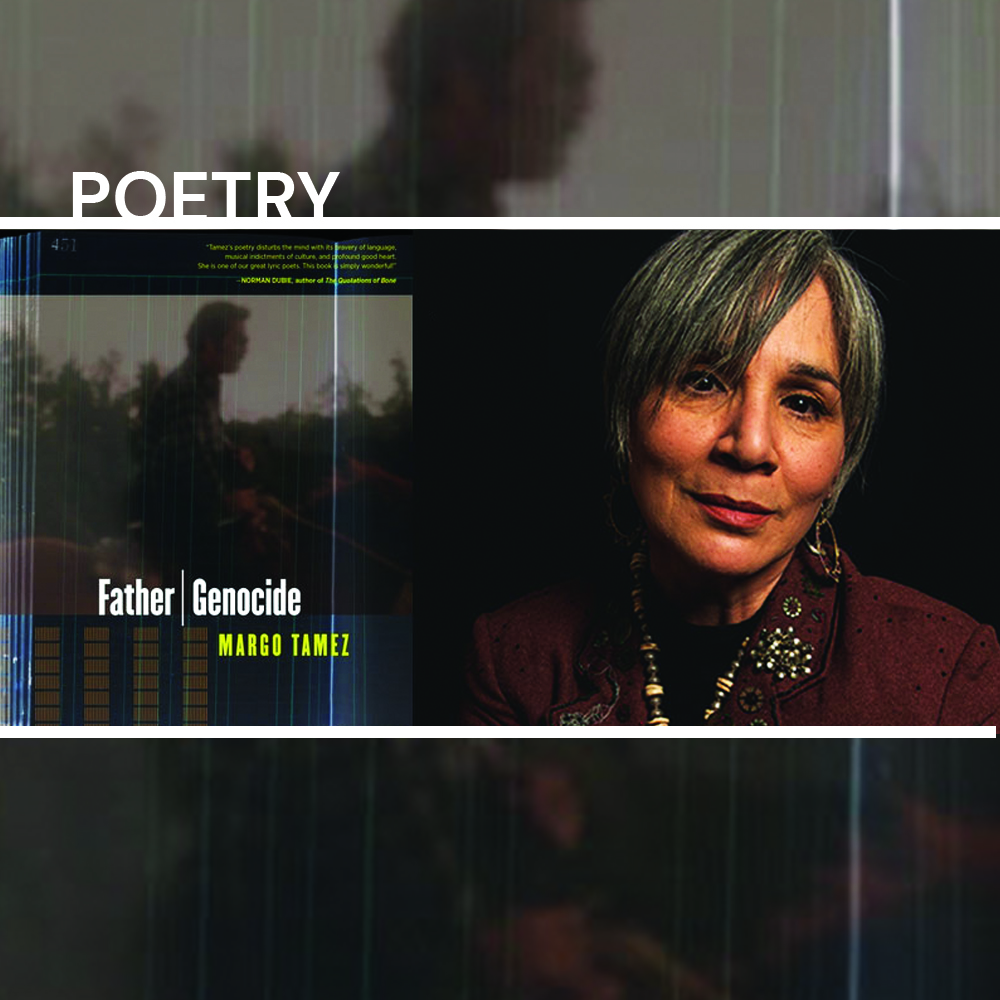 “Tamez”s poetry disturbs the mind with its bravery of language, musical indictments of culture, and profound good heart. She is one of our great lyric poets. This book is simply wonderful!”
—Norman Dubie, author ofThe Quotations of Bone

On the night before he “walked on,” Margo Tamez”s father recorded two questions onto a cassette tape: “Where did all the good men go? Where did they go?” Two decades later, Tamez reconstructs her father”s struggle to “be a man” under American domination, tracing the settler erasure, denial, and genocide that he and preceding generations experienced. She reclaims stolen territory in the felt and known history of colonial Texas through Ndé Dene [Lipan Apache] place, memory, and poetics of resistance.
: :
Join Margo Tamez and guest Rafael Zen for the launch of Father | Genocide, hosted in partnership with Turtle Point Press
: :
This event will be held online, via Zoom. *Registration Mandatory*

Margo Tamez is a poet, historian, activist, and Associate Professor of Indigenous Studies at the University of British Columbia. Her writing has appeared in theAmerican Poetry Review,Cimarron Review,Hawaii Pacific Review, andMissouri Review.Her previous collections includeNaked Wanting (2003) andRaven Eye(2007), which won the WILLA Literary Award in poetry. She lives in the unceded territory of the Sqilxw Peoples, Okanagan Nation, BC, Canada