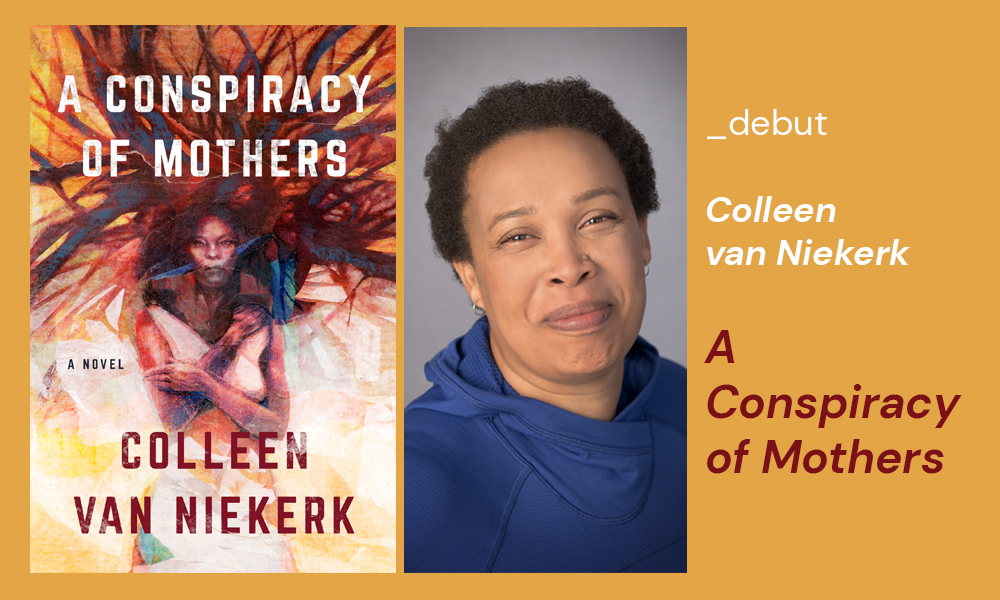 What are the drastic lengths that mothers will go to in order to protect their children? Who and what are they willing to sacrifice? These are the central questions in Colleen van Niekerk’s emotional and page-turning debut novel. — Carmen Johnson, Editor

On Dec 2 (Thu) at 6pm, join Massy Arts, Massy Books, and Vancouver-based author Colleen van Niekerk for the in-person launch of her debut novel: A Conspiracy of Mothers (2021, Thomas Allen & Son). At the event, the author will read passages from the book, and address themes like womanhood, race, and South Africa’s politics.

CLICK HERE TO BUY “A CONSPIRACY OF MOTHERS” FROM MASSY BOOKS

It is apartheid South Africa in 1972. A young white surfer, Stefan, paddling at a beach near Cape Town one afternoon, ventures beyond the boundaries that segregate racial groups. He has a chance encounter with a young woman of colour, Yolanda, a visual artist.

A passionate love affair blooms, but it is illegal: interracial relations between whites and other races are outlawed by the government. That single relationship leads to a series of events two decades later that unfold on the eve of South Africa’s first democratic election in April 1994. Yolanda, having lived in exile abroad since the mid-seventies returns to South Africa to find their child, a child who was born in secrecy and shame.

This leads to a reckoning for all affected by that long-ago romance.

The novel was a well-received Amazon First Reads pick in September.

Originally from Cape Town, South Africa, Colleen now lives in Vancouver on the unceded traditional territory of the Kwikwetlem, Tsleil-Waututh, Squamish, and Stó:lō Nations. A Conspiracy of Mothers is her debut novel.