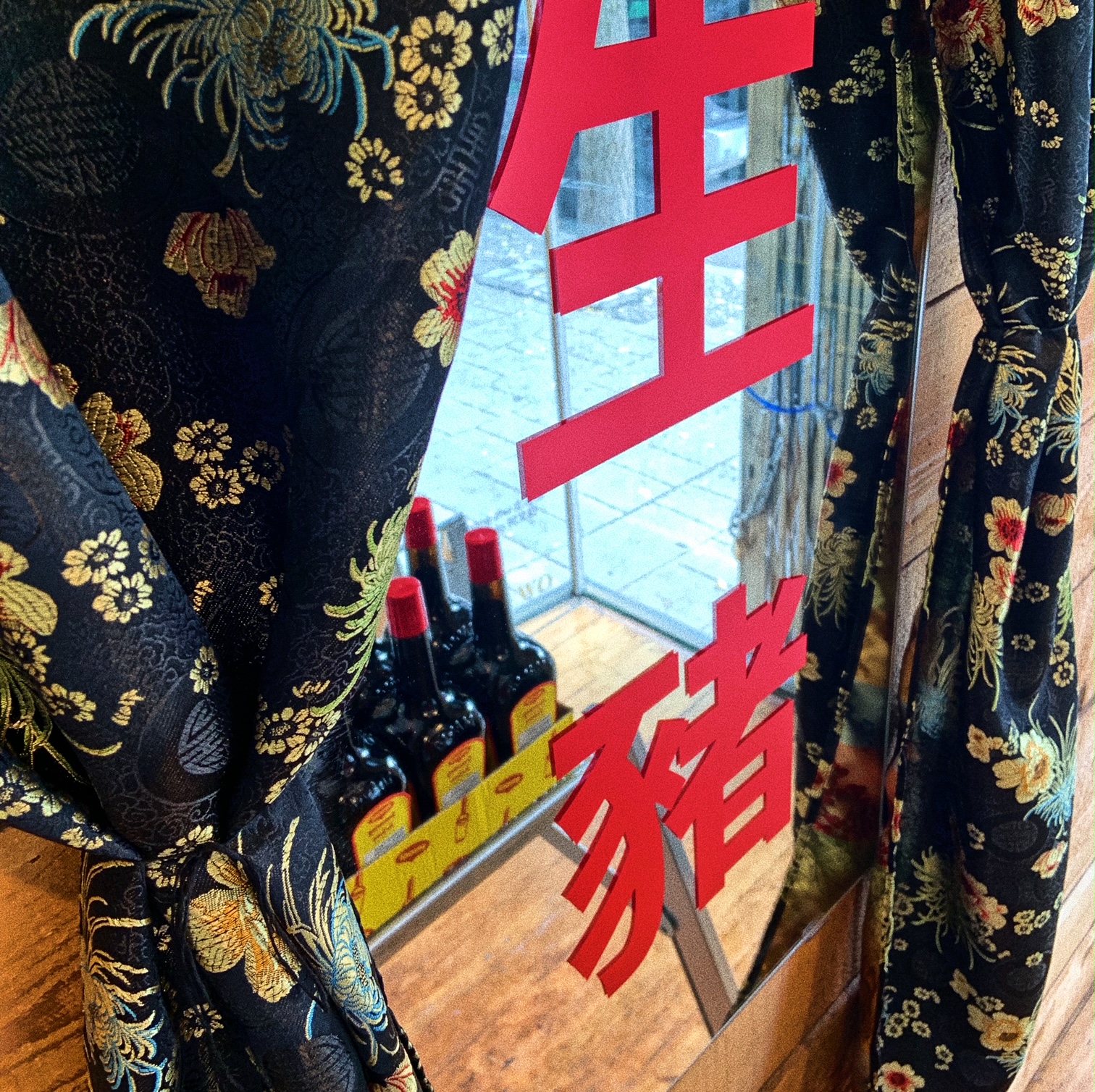 tou saang zhu 土生豬 is a visual exploration of the phenomena of sinofuturism and boba liberalism, as they play out in East Asian diasporas. The expression “土生豬” is commonly used by Cantonese immigrants as a term of endearment for Chinese-born-”Canadians”. All futurisms are responses to specific cultural moments. Afrofuturism provides a utopian answer to the continuous exploitation of Black bodies, and Indigenous futurisms envision a future beyond the colonial present. Sinofuturism, however, is not interested in notions of utopia, rather it conjures a complex set of conditions that combine Western anxieties about the East and a future with Chinese characteristics. Furthermore, boba liberalism is a reference to the substanceless tapioca pearls in the popularized drink of bubble tea; a term coined to name the neoliberalism of mainstream Asian diasporic communities. These aesthetics and elements are brought together in tou saang zhu 土生豬, an altar upon which commodities are worshipped in place of deities, and respect is bestowed upon capitalism instead of the spirits of our Chinese ancestors.
About the Artist

Kimberly Ho 何文蔚 (she/they) is a multi/interdisciplinary artist, performer and collaborator based on the unceded ancestral lands of the xʷməθkʷəy̓əm (Musqueam), Sḵwx̱wú7mesh (Squamish) and Tseil-waututh peoples, colonially known as Vancouver. In their creative practice, they seek to explore their Hakka diapora through the physical body and food culture, framing new media as a dimension of queer futurisms, and immersive art as a site of liberation. Kimberly is the one of the recipients of the inaugural Richard K. Wong Film Fund for her participatory documentary To Make Ends Meat, which will be premiering at the Vancouver Asian Film Festival in November 2021.