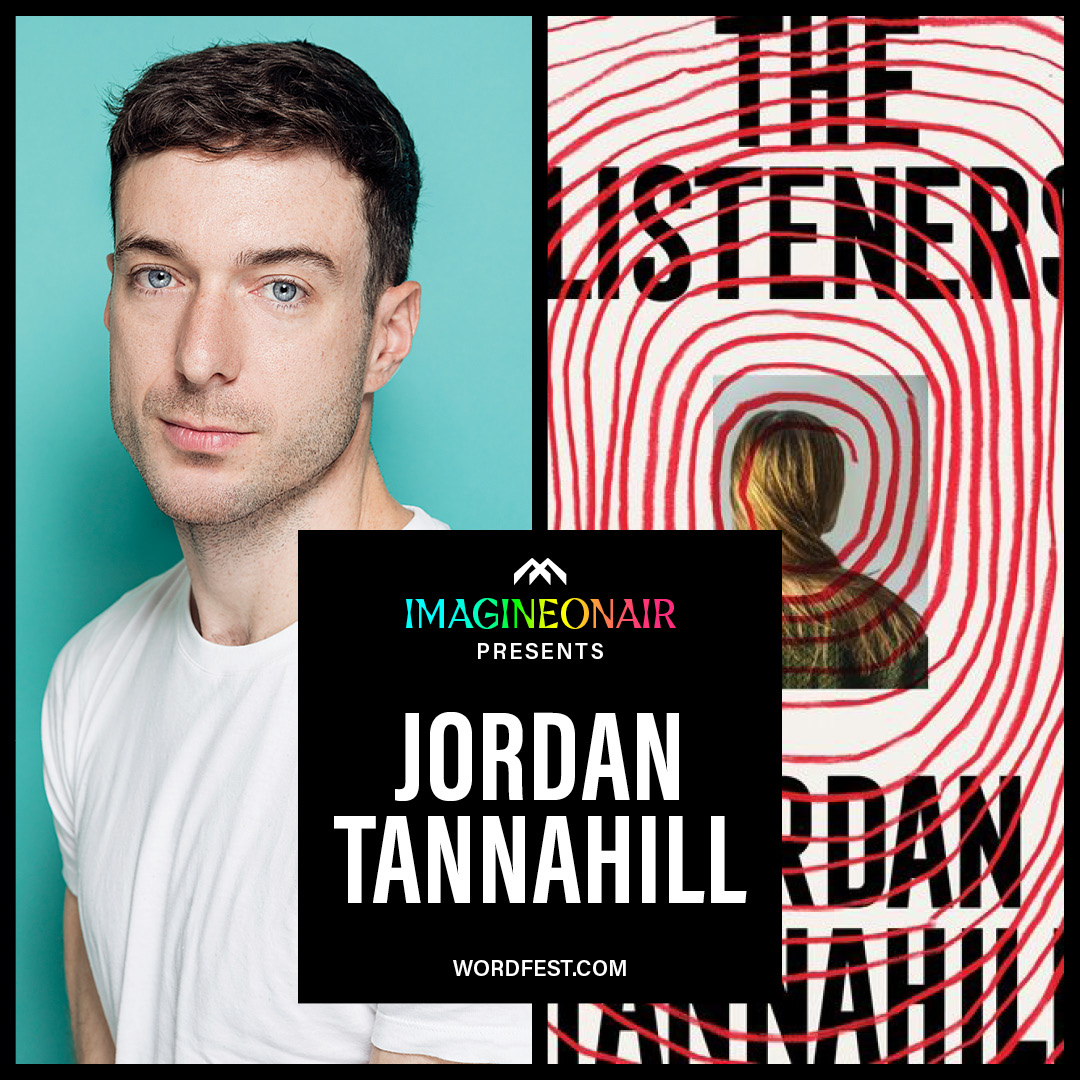 Imagine On Air presents Jordan Tannahill and his new thriller, The Listeners. The one-hour conversation will start at 7:00 PM MT and will be hosted by Wordfest’s Creative Ringleader Shelley Youngblut. (The pre-show will begin at 6:50 PM.) Tannahill is justifiably considered one of Canada’s greatest artists. Now we invite you to go deeper into his big, generous brain.

The livestream broadcast on Wordfest.com is free. If you RSVP, we’ll send you a reminder on the afternoon of the show, as well as our unique Digital Doggie Bag after the event with links and extras sparked by the conversation.

We are grateful to HarperCollins Canada for making it possible for us to connect you with one of the world’s most provocative creators.

The Listeners starts as a little hum in your ear and ends up blowing the top off your head. A deeply plausible, funny, horrifying story of a journey right off the rails.” –Emma Donoghue, bestselling author of The Pull of the Stars

A propulsive literary page-turner about a family torn apart by a mother’s obsession with a sound that no one else can hear.

One night, while lying in bed next to her husband, Claire Devon suddenly hears a low hum. This innocuous sound, which no one else in the house can hear, has no obvious source or medical cause, but it begins to upset the balance of Claire’s life. When she discovers that one of her students can also hear the hum, the two strike up an unlikely and intimate friendship. Finding themselves increasingly isolated from their families and colleagues, they fall in with a disparate group of people who also perceive the sound. What starts out as a kind of neighbourhood self-help group gradually transforms into something much more extreme, with far-reaching, devastating consequences.

The Listeners is an electrifying novel that treads the thresholds of faith, conspiracy, and mania. Compelling and exhilarating, it forces us to consider how strongly we hold on to what we perceive, and the way different views can tear a family apart.

Jordan Tannahill is an internationally acclaimed playwright who was born in Ottawa and is currently based in London. Two of his plays have won a Governor General’s Literary Award for Drama. He has written one previous novel, Liminal, which was published to much acclaim and he was named one of the best Canadian novels of 2018 by CBC Books. CBC Arts named him as “one of 69 LGBTQ Canadians, living or deceased, who has shaped the country’s history.” He is a regular columnist on CBC Radio’s The Next Chapter.