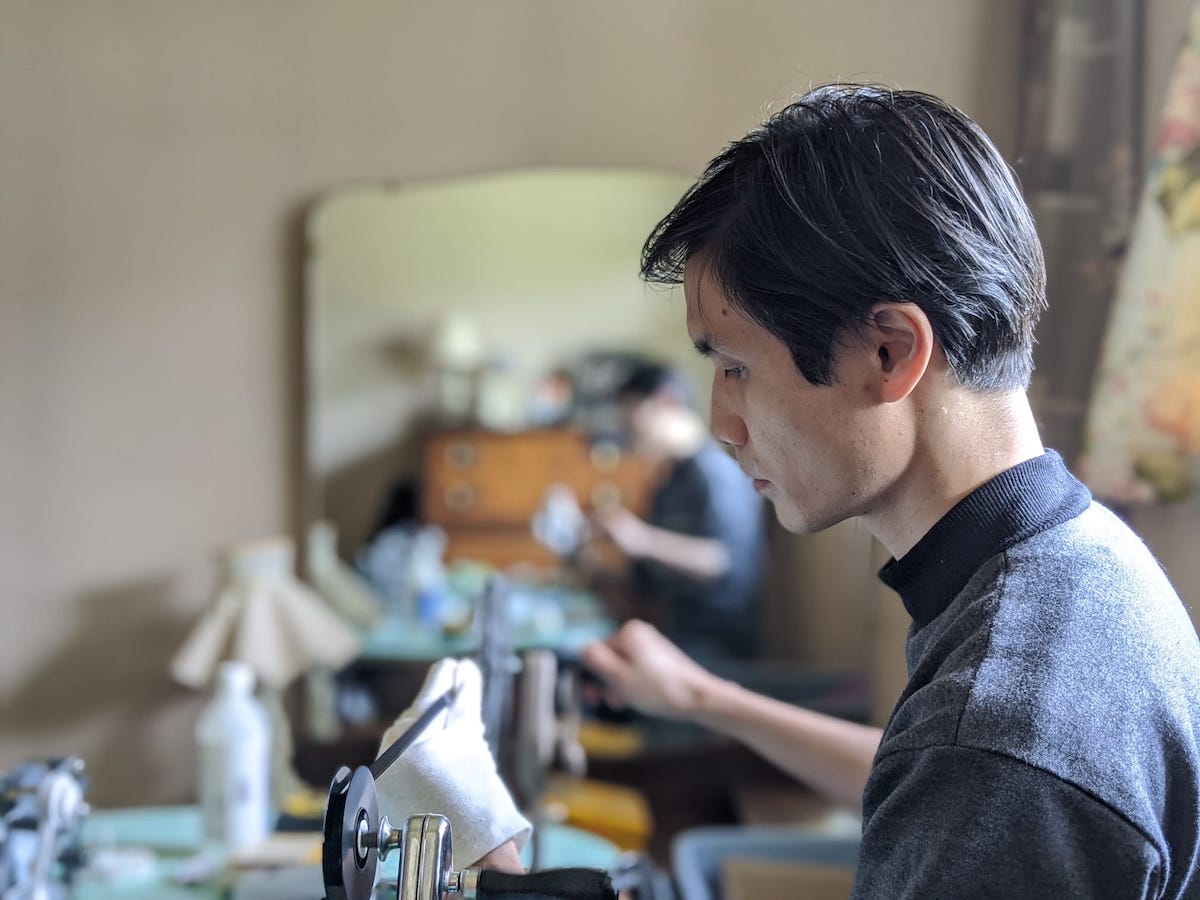 The shows are hosted at the Massy Arts Gallery, at 23 East Pender Street (Chinatown, Vancouver). The gallery is open Tuesday to Saturday, from 12pm to 5pm. Entrance is free, and masks are mandatory.

“週六喺嫲嫲度 – Saturdays at grandma’s” is a work that combines installation, and video art to recreate Chong’s grandmother’s kitchen – where him and his father kept her company, and helped to prepare her food. The piece is a sensitive homage to family, memory, and love.

Click HERE to know more about “週六喺嫲嫲度 – Saturdays at grandma’s”

Jeffery Chong: when art travels between memory, love, and heritage

RZ – “Saturday at grandma’s” seems to relate with the concepts of memory, and archival research. How do you perceive, as a video artist, the correlations between documentary, narrative, and memory? How do you think your work invites viewers to reflect on those themes?

JC – My background is in archival film conservation. The majority of the films I have worked on are home movies from the 1920s to 80s. Regardless of the era, a lot of them captured the seemingly mundane, sometimes routine everyday intimate moments of people and family gatherings, often in the setting of their own homes.

These home movies were never meant to be shown to a wide audience, but rather, created for the sake of capturing a personal moment in time.

What gives these films their historical significance is that they offer a genuine glimpse into the past lives of people. They are spontaneous and candid. When viewing these films, there is no sense of intrusion like you would feel with certain documentaries. Rather, there is a sense of connection with the person being filmed, because they aren’t necessarily behaving in a way as you would expect an actor or documentary subject to perform for the camera.

Recognizing this value of home movies in archives, when I originally filmed my grandma at her kitchen table, my intention was likewise an attempt to do the same: to capture a seemingly mundane routine for the sake of memory, and keeping a personal family record.

This film was one Saturday of nearly 10 years worth of Saturdays accompanying my father to take care of, and spend time with my grandma. It wasn’t until a couple years after her passing that I fully appreciated why I filmed her in the first place.

I hope that the connection people will have with this window display is similar to the connection I have had with home movie archives. And I hope this artwork will make people think about their own grandmas and loved ones.

RZ – How does it feel, in a personal level, to see your grandmother as the center piece of this installation? Why this piece, now?

JC – I guess for me, doing this is a form of continued mourning, and healing. After some distance between her death and now, when I view this film and look at her kitchen table setup, I am reminded of her strength and resilience, not just in her older age, but throughout her life.

RZ – Why did you choose to exhibit this installation at the old Ming Wo building? How do you think it complements the semiotic universe of “Saturday at grandma’s”?

JC – Ming Wo, up until a couple years ago, was a kitchenware store. For many generations it served the Chinese community. And in one of the upper floors I’ve since learned there was once a Chinese restaurant. Since my grandma in her later years spent most of her waking hours in the comfort of her kitchen, I thought it would be fitting to show this piece in this space.

Also, this space is in Chinatown, a community defined by its intergenerational connectedness, where there is so much value placed into caring for our elders.

RZ – If you could record one last memory alongside your grandmother, what would that memory be? Could you narrate the image – as screenwriting – in one paragraph?

JC – A few years after filming this footage of her, my grandma’s health and mobility further deteriorated, so I ended up moving in with her to help out. On Saturday nights I would sit with her in the kitchen and listen to the radio. She would sit in her chair, and I would sit adjacent to her (in the chair that has the TV in the window display).

She enjoyed listening to a Chinese program that played “oldies” on Saturday nights. In fact, the radio in the installation is tuned to that station. There would be old Chinese songs, standards from the 1940s, and all that.

Every now and then, she’d turn to me and say “This is a good song. I like this song.” And I would nod in agreement.

RZ – Several recognized works – such as Alison Maclean’s “Kitchen Sink”, and Martha Rosler’s “Semiotics of the Kitchen” – address this particular room as a place of oppression for women, but your work seems to remember the kitchen as a place of bonding, and togetherness. On an intersectional level, what do you think is the symbolism of a kitchen in this particular work? Why choosing to remember her at the kitchen? What did it mean, for your family back then, to be around the table?

My grandma wasn’t restricted to the kitchen, but her health in her older age restricted her mobility. For her, the kitchen was the brightest and warmest room in the house, and she had easy access to her food. With the way that she arranged the items on her table, everything she needed was always within arm’s reach.

Because I spent most of my adult life alongside my father caring for her in this room, the memory of her being in the kitchen is ingrained in my mind.

As a fourth generation Chinese person here, a lot of culture and language has been lost throughout the decades, but sitting around the kitchen table to share food with my family has always been an opportunity to reconnect with my roots.

My grandma was a link to my heritage. At the table I would hear her speak Toisanese, an endangered Cantonese dialect. She would make and serve food with recipes taught to her by her own grandma. I value these moments I had with her at the kitchen table.