Interview with the Author | Carlyn Zwarenstein – On Opium 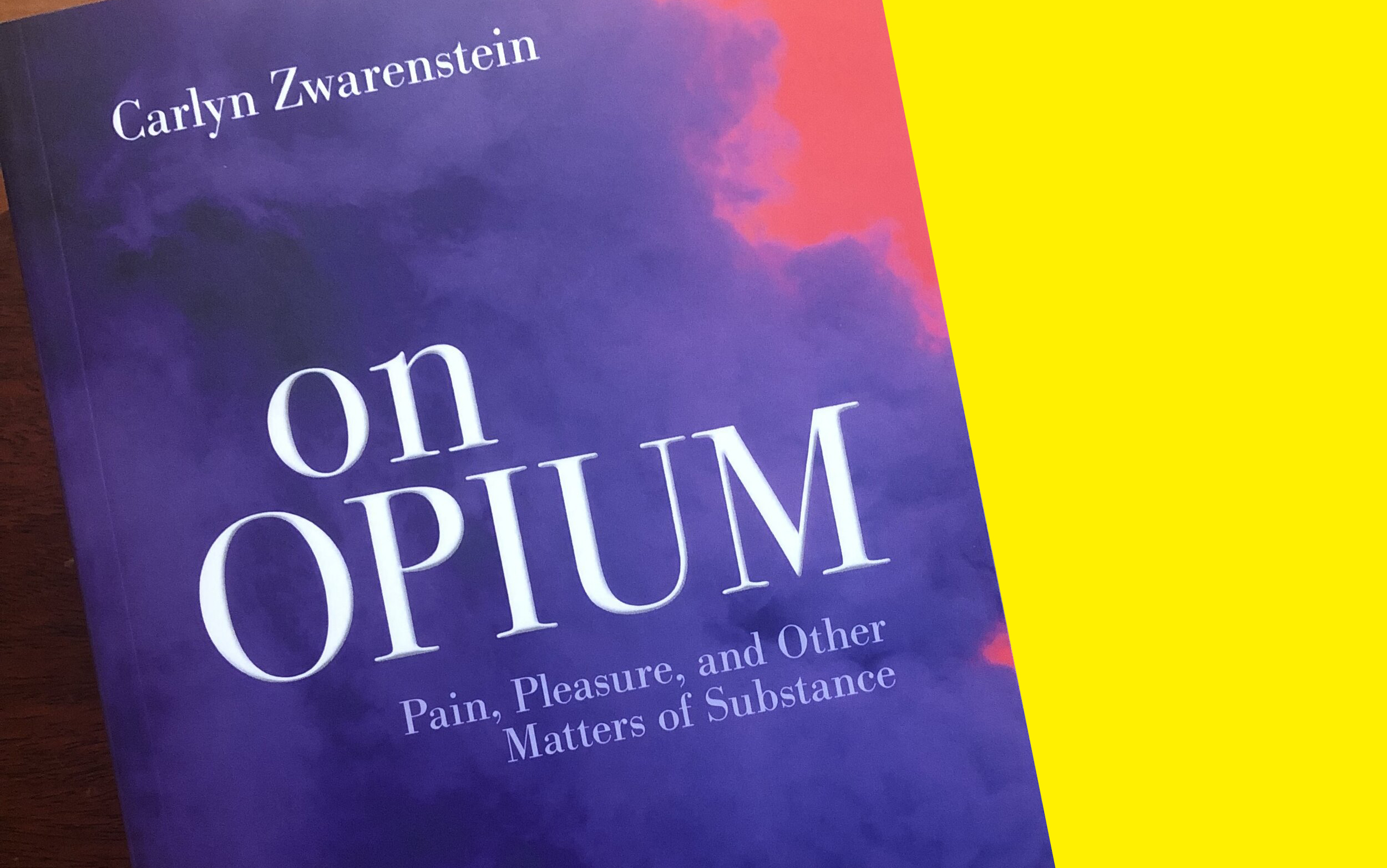 On October 20th, writer and journalist Carlyn Zwarenstein launches her new book “On Opium” (2021), alongside with activist and writer Garth Mullins. The virtual event will be hosted by Massy Books and Goose Lane Press.

In this interview for Massy, Zwarenstein talks about her book’s unique voice on addiction, and the role of race, class, and gender in addressing pain (and substance use).

MASSY  |  What do you think is your book’s unique voice touching the subject of opioid addiction?

CARLYN ZWARENSTEIN  |  The voice telling the story throughout is my voice, and I’ve made it as personal and vulnerable as if I were talking to the reader one-on-one, telling you secrets my friends haven’t known until they read the book. Using this voice, I’ve tried to let you come as close as possible to actually experiencing my subjective experience of pain, of emotional struggle, and of psychoactive drugs, in particular the opioid tramadol, which I have taken for around a decade to reduce pain from a degenerative spine disease.

I hope to let readers trust the stories I tell, stories about other people and experiences that are backed up by data and other research and footnotes and by the actual words of other drug users I met in the course of writing this book.

Part of the question I wanted to look at through the book is who shapes the narrative about opioids, dependence, addiction, and drug use that then sets policy – and whose stories and whose voices and experiences should actually be privileged.

MASSY  |  What have you researched about the role of race, class, and gender in addressing pain (and substance use)? What do the spectrum of intersectional power abuse have to show about substance use?

As someone who, in my pre-pain years, spent nearly two decades writing on and off about issues of power and oppression, it has been striking to realize that people who use drugs and are poor experience the impact of overlapping (or intersectional) oppressions in a way that’s like a microcosm or a magnification of all the ways you can be oppressed in North America.

Share a few of these identities – say you’re Indigenous and a sex worker and an injection drug user and queer and poor, for example – and you immediately experience both subtle and blatant racism and classism and sexism and so on in medical care including for pain, the full weight of carceral responses to drug use, and discrimination in everything from sitting in a public park to renting decent housing as well as hatred from neighbours unwilling to see you as a fellow member of society.

You ask about the implication of all this for substance use. I’d say it’s that the visible harms, including misery and death, of using certain drugs are not the same as the intrinsic harms of those substances, and that our responses to substance use of various kinds are based on prejudices and fantasies and not on what will be effective for societal or individual wellbeing, resulting in terrible and preventable harm.

MASSY  |  Who do you think is going to enjoy this book?

CZ  |  The first quarter of the book was published back in 2016 as a novella-length memoir and reflection on pain and opioid painkillers. When I wrote it, I actually didn’t know anyone who used illicit opioids and I knew very little about addiction, substance use in general, or the philosophy and practice of harm reduction.

I wrote it while in pain and in a really morbid mood, and so I tried to invoke all the beauty I wasn’t experiencing: I incorporate poetry, ideas of decadence, descriptions of travel and luxury, and plenty of things that interest me, like literature and Romanticism and history.

I do try to speak to those like me whose understanding of issues relating to substance use has been limited to TV and newspaper stereotypes, and also to people who set or influence policy but whose perspective is all too often blindered by their own privilege, interests, and received wisdom.

My hope is to privilege the wisdom and courage of those who should in fact be setting the policy that most affects their lives. Ultimately, I hope this book is relevant not just to people with diagnoses of either pain or addiction. I’m trying to speak to anyone who has the experience of pain, or of seeking and not finding support when in emotional or physical pain, and to people who want to reduce suffering in the world and work for one with more justice and more pleasure.