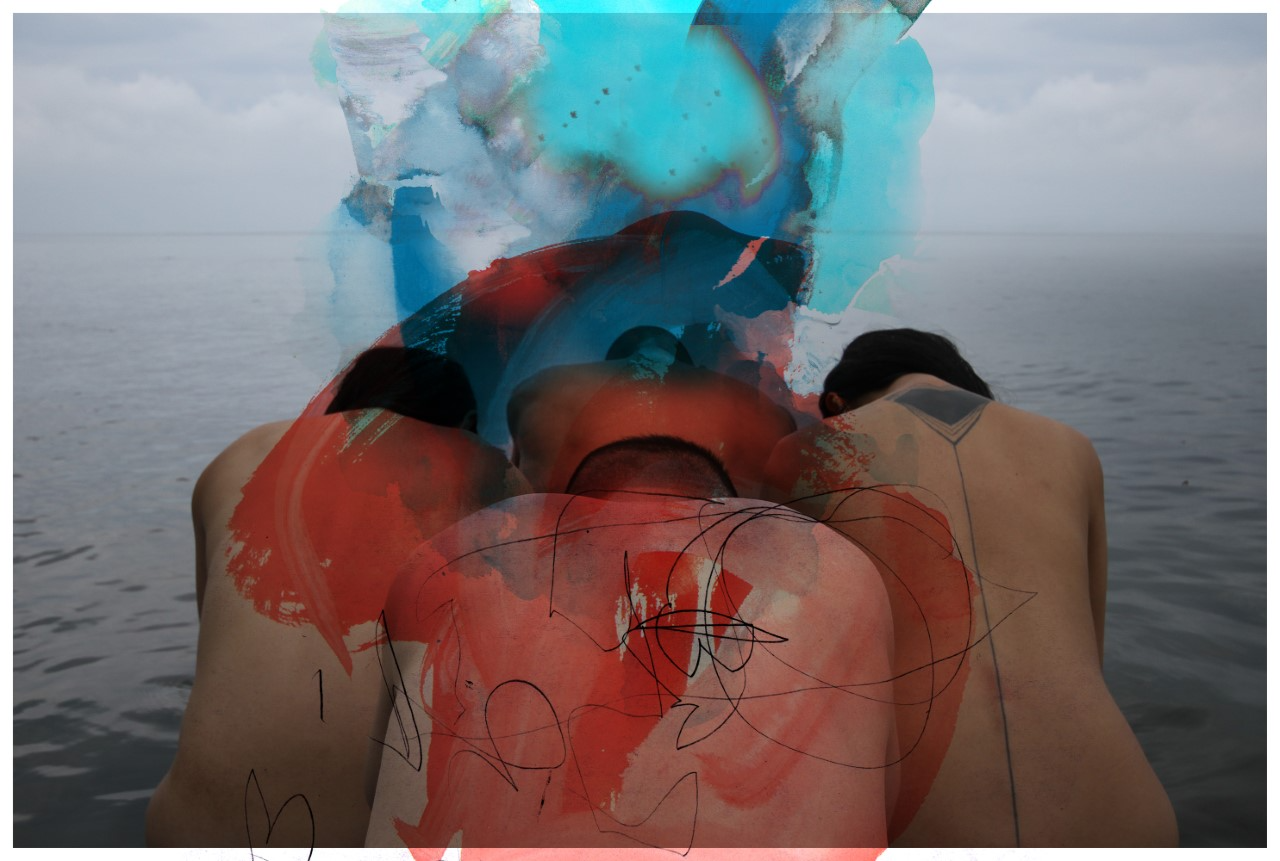 “It starts with my mother’s hands. Her delicate skin, lined and creased, as she tenderly traces the plump cheek of my youngest son. Her lines, folding into rivers, creasing into ravines, dotting out into borders. The snowy smoothness of my son’s cheek, undulating and open to promise.”

My mother’s hands are the map of her immigrant experience. My son still remains uncharted. I think of the journey that took my parents away from home. The journey that brought me from East to West. I think about the journeys my children may have to make. In time, I feel we will all become part of the immigrant majority – ending far away from where we began with many stops in between. We will all know what it is to be alien. Our ideas will flow freely through borders, our identities will uproot from earth, and we will change and be changed by every new place.

Amateur Cartography is a visual exploration of immigrant identity. What it is when one idea arrives upon another idea and the destruction and beauty that occurs in the dialogue.

Nicholas Tay likens his arrival and upbringing in the Pacific Northwest from the age five to falling in love. He dove into the freshness of the air, the ice crystals that crunched beneath gravel fields, street hockey in the freezing wet, the stories of our First Peoples whisking him away on the wings of Raven and Thunderbird, and later the liberal ideal of the multi-cultural mosaic.

Exploring multi-cultured identity is at the core of Tay’s artistic practice, wherein vastly divergent ideas can be represented with emotional honesty in a single work of art: “I used to feel that being Chinese Canadian was akin to being lost between houses of separated parents, or being an alien guest of a gracious host. Through the exploration of my art, I have found that both cultures are truly at home in me and in my work.”

Ever flexible with his approach, Tay’s choice of medium suits the stories and cultural forms he explores. Charcoal or paint lets him offer sensuous luxury as a contrast to our increasingly digital experience. At other times, while he is wary of the seductive cleverness of digital processes, these modern modes are ideal. Traditional forms carry immediacy, and arrest creator and viewer alike in their visceral presence and the abstract, emotional truth inherent in their mark making. Conversely, using 3D software brings machine algorithms to every pixel. Through his training at the Art Center College of Design in Pasadena, California, and his years working in Visual FX and video game development, Tay became interested in the possibilities of working with technology as his collaborator. Through its interpretation of the artist’s instructions, the technological mediator separates the creative output from potential artistic biases.

Art has been a dominant part of Tay’s life since his earliest memories. Beyond words or numbers, it has been the most clear, honest, and comforting means of expression. Identifying as an introvert, and amalgamating diverse lines of heritage between China and Canada, Tay embraces art to tell honest, deeply personal stories in a way that would be daunting in other formats, bridging the awkward and profound, or in Tay’s words, “the profoundly awkward”.

Tay received his formal art education at Art Center College of Design in Pasadena, California. His current series, Amateur Cartography, explores the clash of cultures through a visual dialogue between representation and abstraction.

This event takes place upstairs in the Massy Gallery, which is only accessible by a flight of stairs. Unfortunately, no audio tours are available at this time.

Massy Books is easily accessible by transit! Close to the 22, 3, 8 and 19 bus lines at Main and Georgia/Gore and Georgia. There is metered street parking along Georgia, or lot parking at the Sun Wah Centre around the corner (268 Keefer).