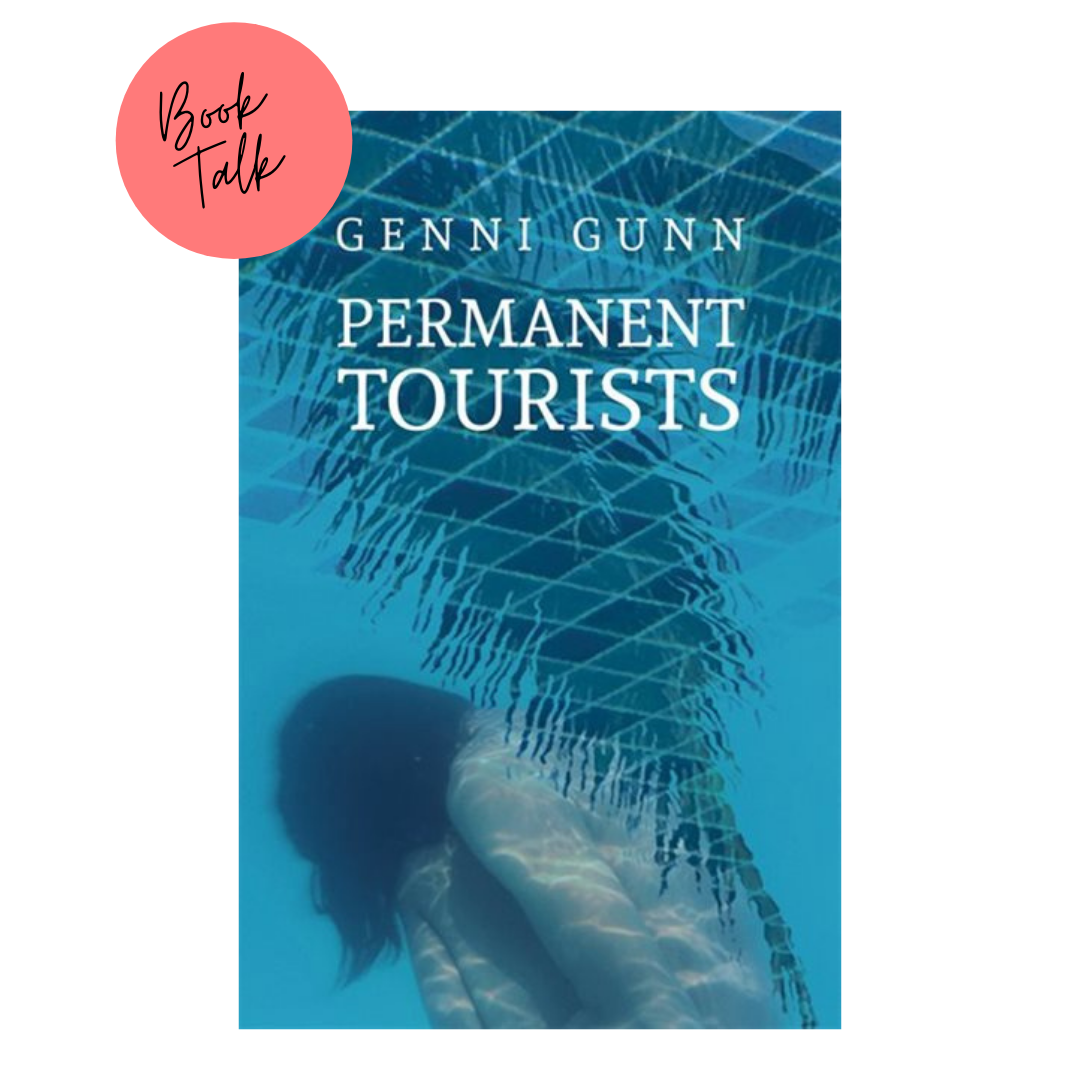 Join us to celebrate Genni Gunn’s Permanent Tourists  in an online launch with host Hal Wake.

Click here to join us for the launch on Facebooklive.

“In eight intersecting stories that range from a suicide pact on the tourist beaches of Mexico to Angkor Wat, a stone museum in Italy, and the Thai fleshpots that conceal a lost father, Genni Gunn charts the blank spaces in human relationships: silences between loved ones, dark histories neither escaped nor forgotten, moral dilemmas that spin on a dime, death that brings no redemption. Delicately rendered, with characters that move restlessly from one landscape to the next, these complex stories look without flinching into the heart of human longing.”

The stories in Permanent Tourists feature displaced characters loosely connected through a support group, all of them dealing with loss precipitated by an elusive father, husband or lover, by a wife’s death, a lost child, sibling rivalries. Tourists in their own lives, these characters are often paralysed by emotional inertia and are fleeing to evade their responsibilities, their failed relationships, their own shortcomings. Within the unfamiliar, their problems resurface and they’re forced to confront and re-examine them. Permanent Tourists presents physical, emotional and psychological tourists, all striving to delve more deeply into themselves, their friendships, their families, their love relationships, and ultimately, to spur themselves to action

Genni Gunn, author, musician and translator, has published eleven books: three novels –Solitaria, Tracing Iris and Thrice Upon A Time, three short story collections – the forthcoming Permanent Tourists, Hungers and On The Road, two poetry collections – Faceless and Mating In Captivity, a collection of personal essays – Tracks: Journeys In Time And Place, and three translations of poetry collections from Italian – Devour Me Too and Traveling In The Gait Of A Fox by Dacia Maraini and Text Me by Corrado Calabrò. Gunn’s opera libretto, Alternate Visions, was produced by Chants Libres (music by John Oliver) and premiered in Montreal in 2007. Her books have been translated into Dutch and Italian, and have been finalists for major awards: Solitaria for the Giller Prize; Thrice Upon A Time for the Commonwealth Writers’ Prize; Mating In Captivity for the Gerald Lampert Poetry Award; Devour Me Too for the John Glassco Translation Prize; and Traveling In The Gait Of A Fox for the Premio Internazionale Diego Valeri for Literary Translation. Her novel Tracing Iris was made into the film The Riverbank. Before she turned to writing full-time, Genni toured Canada extensively with a variety of bands (bass guitar, piano and vocals). Since then, she has held many residencies and performed at hundreds of readings and writers’ festivals. Gunn has a BFA and an MFA and lives in Vancouver.