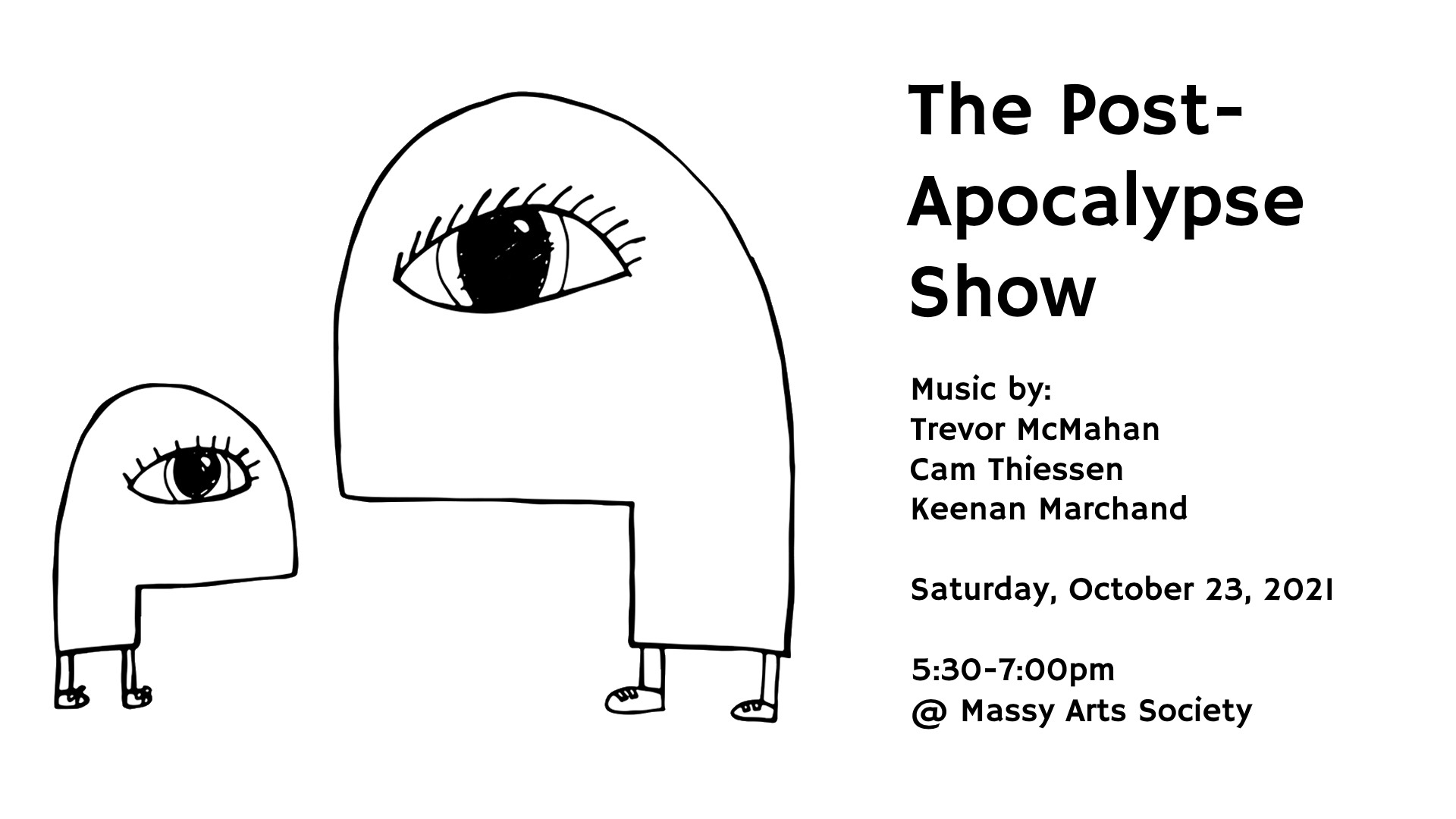 The concert will be hosted at the Massy Arts Gallery, at 23 East Pender Street in Chinatown, Vancouver.

The event is free, although donations are welcome, and registration is mandatory.

REGISTER HERE TO ATTEND THE EVENT

Trevor McMahan (he/him)
Trevor McMahan is a film editor and musician currently based in Los Angeles, living on the unceded territory of the Tongva Nation. He calls his music “anxious piano pop”, due to its self-conscious lyrics, catchy melodies, and keyboard-led compositions. Influenced by an eclectic mixture of indie folk, musical theatre, and ‘00s pop punk, he seeks to capture the frenetic energy of introspection and deconstruction, and its ruinous or restorative potential.

Cam Thiessen (she/they)
Cam Thiessen is a music artist born in Mohkínstsis Treaty 7 Territory, currently living and creating on the unceded territory of the Musqueam, Squamish, and Tsleil-Waututh Nations. Their music blends tonal elements of folk, jazz, and classic rock with the lyricism of the early post-punk and emo movements. Often performing with just an acoustic guitar and one or two pedals, their performances are atmospheric and intimate, with uniquely identifiable vocals and haunting melodies.

Keenan Marchand (he/him/they/them)
Keenan Marchand is a Syilx, Secwépemc and Settler multimedia artist living and creating on the unceded territories of the Musqueam, Squamish and Tsleil-Waututh peoples. They’ve performed music in venues throughout the Lower Mainland and Greater Vancouver area. This will be their first post-COVID performance.