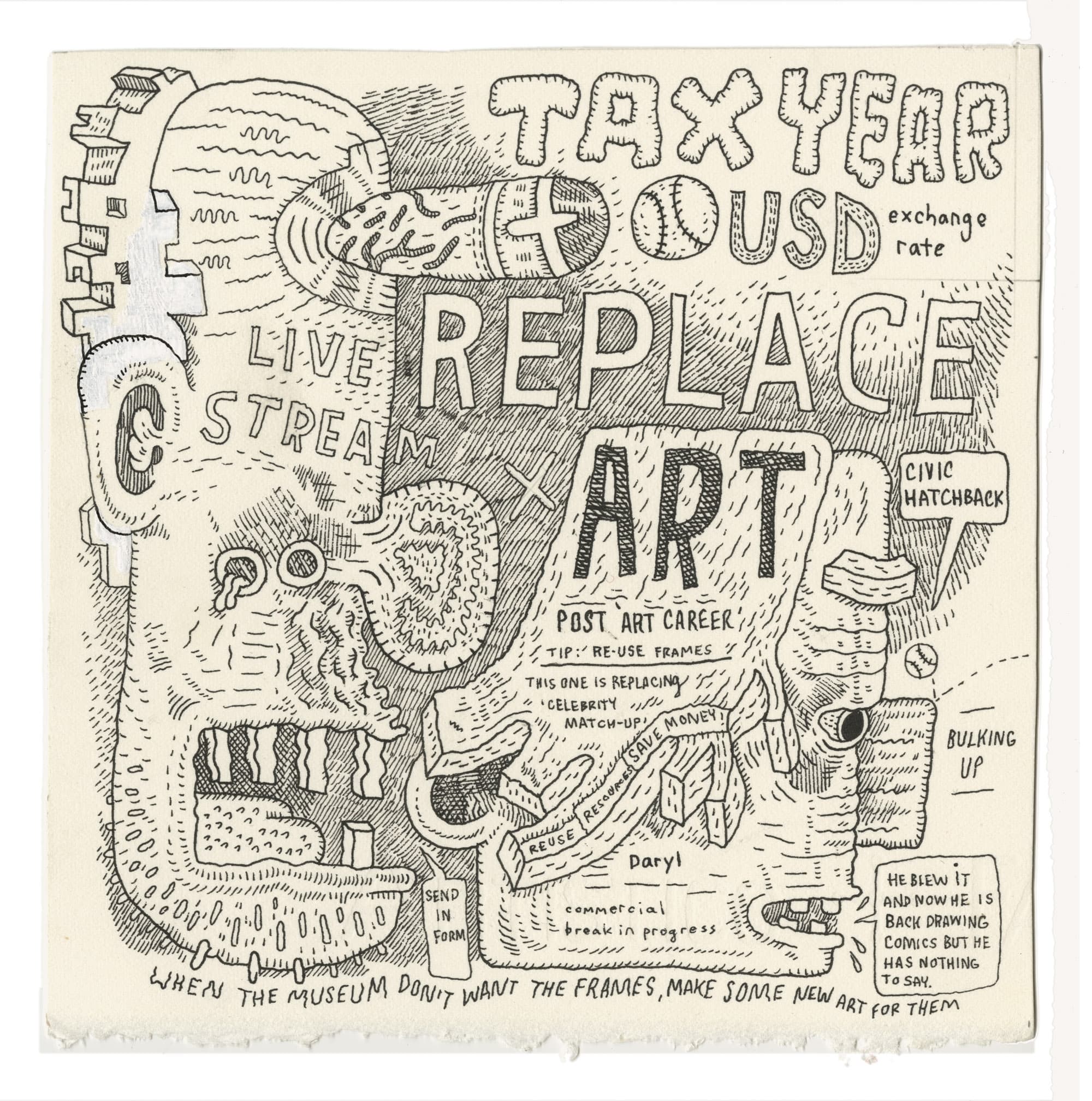 For his solo-exhibition at Massy Books, Vancouver based artist, illustrator and editor Marc Bell showcases a body of works deliberately playful and confounding. Shoe Reviews Online And Other Replacement Works is the result of a creative proposition aimed at avoiding contributing to the wasteful habits of art collection practices, while also initiating the creation of new work. Bell had donated several framed artworks to museums in Canada, and as is often the case, the museums did not wish to acquire the frames with the works. Bell used this refusal as an avenue to build a series of ink drawings that occupy the former homes of the works now resting in the museum collections. These “replacement” works reference their predecessor, while inhabiting their former frame.

Using a visual stream of consciousness, Bell overcrowds each ink drawing, creating dense, chaotic image planes reminiscent of labels and diagrams intended to be read but not followed. In his mixed media works, Marc draws attention to seemingly random material (messy drawings other bits of paper that would normally be discarded), and builds these up in layers in a meditative process in an attempt to create an object of interest that is both “scrappy” and refined.

“My process involves organizing “scrap material”, whether it be actual scraps or ideas I have come up with and jotted down. I sometimes liken this idea to “using up what is left in the fridge”. Trying to make something interesting with what is at hand. “ – Marc Bell

Marc Bell is the author of ​Worn Tuff Elbow (Fantagraphics, No World Books​), Stroppy, Hot Potatoe [sic], Pure Pajamas (Drawn & Quarterly), and ​Shrimpy and Paul and Friends​ (Highwater Books)​ ​and is a co-founder of The All-Star Schnauzer Band (alongside  Jason McLean). His comics have appeared in many Canadian monthlies and weeklies, Vice, and LA Weekly. He has edited several books including Mark Connery’s ​Rudy (2D Cloud) and ​Nog A Dod ​(Picture Box/Conundrum). Marc’s work was recently included in ​Words In Pictures ​at Adam Baumgold Gallery (New York, NY) and ​Exhibition Kramers Ergot ​ at Formula Bula, (Paris, FR).

This exhibition takes place upstairs in the Massy Gallery, which is only accessible by a flight of stairs. Unfortunately, no audio or visual tours are available at this time.⁣
⁣
Masks are mandatory while in Massy Books.⁣ 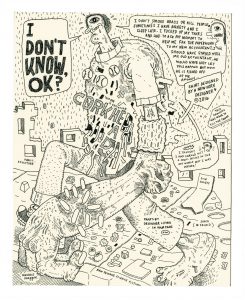 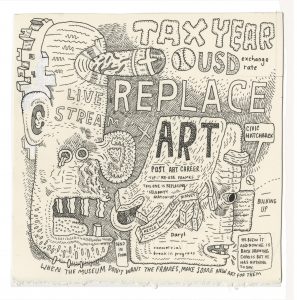 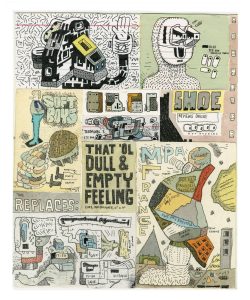