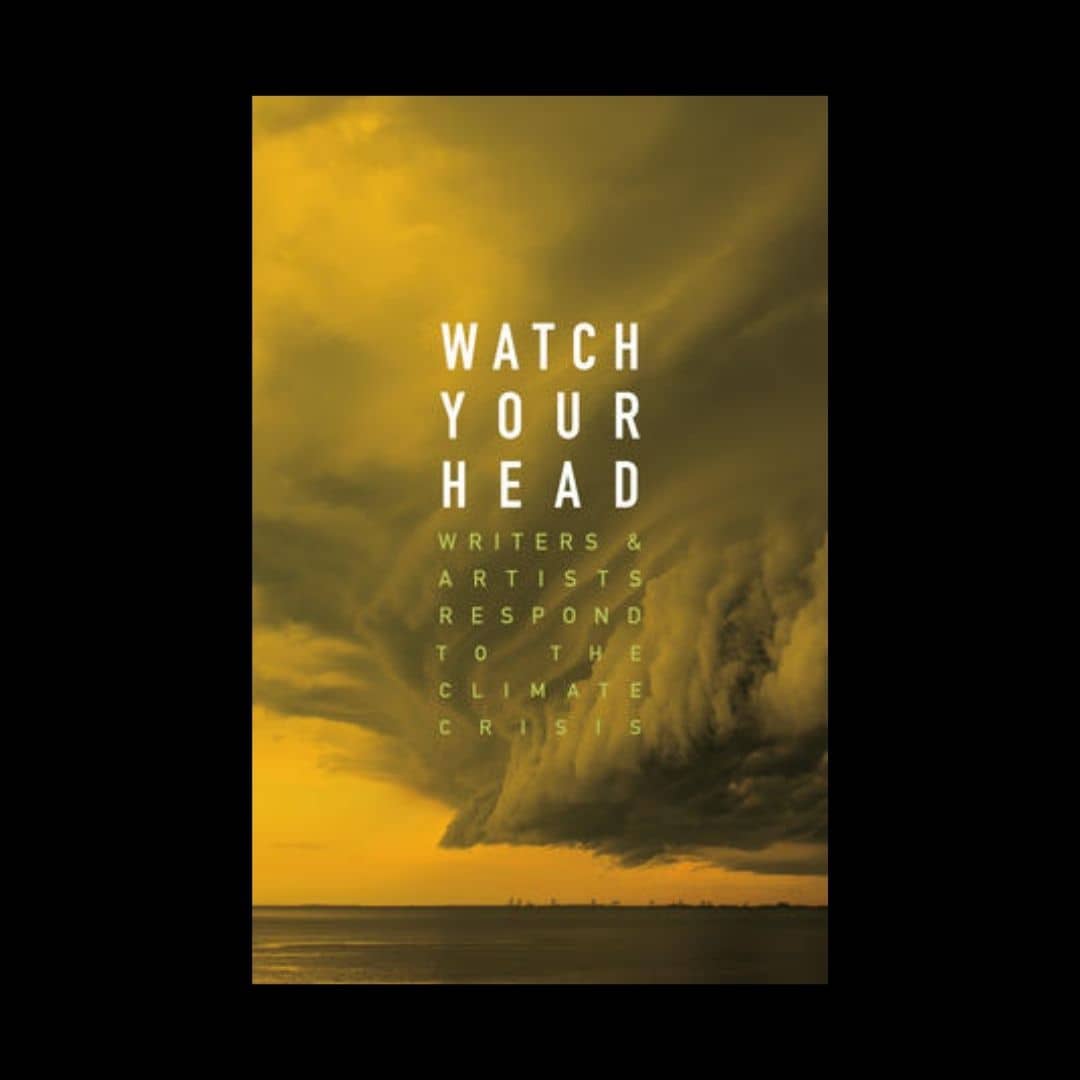 Watch Your Head: Reading and Discussion

A warning, a movement, a collection borne of protest.

In Watch Your Head, poems, stories, essays, and artwork sound the alarm on the present and future consequences of the climate emergency. Ice caps are melting, wildfires are raging, and species extinction is accelerating. Dire predictions about the climate emergency from scientists, Indigenous land and water defenders, and striking school children have mostly been ignored by the very institutions – government, education, industry, and media – with the power to do something about it. Writers and artists confront colonization, racism, and the social inequalities that are endemic to the climate crisis. Here the imagination amplifies and humanizes the science. These works are impassioned, desperate, hopeful, healing, transformative, and radical.
This is a call to climate-justice action.
Join us for a discussion between editor Elena Johnson and contributors Hari Alluri, Francine Cunningham, Ruth Daniell, Jane Shi, Jessica Magonet, and Anna Swanson. Watch Your Head is available for purchase from Indigenous owned independent bookstore Massy Books. Find it here: https://bit.ly/2LZsbRx
Registration mandatory. Register by clicking here.
Proceeds from Watch Your Head will be donated to RAVEN and Climate Justice Toronto
RAVEN raises legal defence funds to assist Indigenous Peoples who enforce their rights and title to protect their traditional territories. Through our public education programs, RAVEN collaborates with Indigenous Peoples to eliminate environmental racism and foster a greater understanding of indigenous rights and governance. Website: https://raventrust.com/
Climate Justice Toronto is a grassroots group of young people across the Greater Toronto Area who seek to build an irresistible and powerful movement to stop the climate crisis by confronting its root causes: capitalism, colonialism, and white supremacy. Website: https://chuffed.org/pro…/help-toronto-win-a-green-new-deal
Edited by Madhur Anand, Stephen Collis, Jennifer Dorner, Catherine Graham, Elena Johnson, Canisia Lubrin, Kim Mannix, Kathryn Mockler, June Pak, Sina Queyras, Shazia Hafiz Ramji, Rasiqra Revulva, Yusuf Saadi, Sanchari Sur, and Jacqueline Valencia

Hari Alluri is the author of The Flayed City (Kaya, 2017), Carving Ashes (CiCAC, 2013) and the chapbook The Promise of Rust (Mouthfeel, 2016). An award-winning poet, educator, and teaching artist, his work appears widely in anthologies, journals and online venues, including Chautauqua, Poetry International and Split This Rock. He is a founding editor at Locked Horn Press, where he has co-edited two anthologies, Gendered & Written: Forums on Poetics and Read America(s): An Anthology. He holds an MFA in Creative Writing from San Diego State University and, along with the Federico Moramarco Poetry International Teaching Prize, he has received VONA/Voices and Las Dos Brujas fellowships and a National Film Board of Canada grant. Hari immigrated to Vancouver, Coast Salish territories at age twelve, and writes there again.

Francine Cunningham  is an award-winning Indigenous writer, artist and educator. Her debut book of poems On/Me (Caitlin Press) is nominated for 2020 BC and Yukon Book Prize and a 2020 Indigenous Voices Award. She is a recent winner of The Indigenous Voices Award in the 2019 Unpublished Prose Category and of The Hnatyshyn Foundation’s REVEAL Indigenous Art Award. Her fiction has appeared in Grain Magazine as the 2018 Short Prose Award winner, on The Malahat Review’s Far Horizon’s Prose shortlist, Joyland Magazine, The Puritan Magazine and more. You can find out more about her at www.francinecunningham.ca

Ruth Daniell is a teacher, editor, award-winning writer, and the author of The Brightest Thing (Caitlin Press, 2019), a full-length collection of poems about sexual violence, fairy tales, love, and healing. She holds a Bachelor of Arts (honours) in English literature and writing from the University of Victoria and a Master of Fine Arts in creative writing from the University of British Columbia. She lives in Kelowna, BC, where she is at work on a second collection of poems about birds, climate change, parenthood, fear, and joy.

Elena Johnson is the author of Field Notes for the Alpine Tundra (Gaspereau, 2015), a collection of poems written at a remote ecology research station in the Yukon. Her poetry has been published widely, and has been set to music and performed by choirs in Vancouver and Brooklyn. The French translation of her book, Notes de terrain pour la toundra alpine (tr. Luba Markovskaia), will be published in 2021. She works as an editor and writing mentor in Vancouver, on unceded Coast Salish territory. She is one of the editors of Watch Your Head: Writers and Artists Respond to the Climate Crisis.

Jessica Magonet is a writer and human rights lawyer who lives on unceded Coast Salish territories (Vancouver, BC). She is the author of the poetry chapbook at this confluence (Loft on Eighth, 2016).

Jane Shi is a queer Chinese settler living on the unceded, traditional, and ancestral territories of the Musqueam, Squamish, and Tsleil-Waututh First Nations. Her writing appears in Briarpatch Magazine, Room, Canthius, Plenitude, and Arc, among others. She wants to live in a world where love is not a limited resource, land is not mined, hearts are not filched, and bodies are not violated. Find her on Twitter and Instagram @pipagaopoetry.

Anna Swanson is a writer and librarian living in St. John’s, NL. Her first book of poetry, The Nights Also (Tightrope Books, 2010) won the Gerald Lampert Award and a Lambda Literary Award. Her writing is interested in chronic illness, concussion, recovery, embodiment, and joy. She loves wild swimming, and tries to swim outdoors every month of the year. She is currently working on a project in which poems are constructed out of words transcribed from garbage found at local swimming holes.