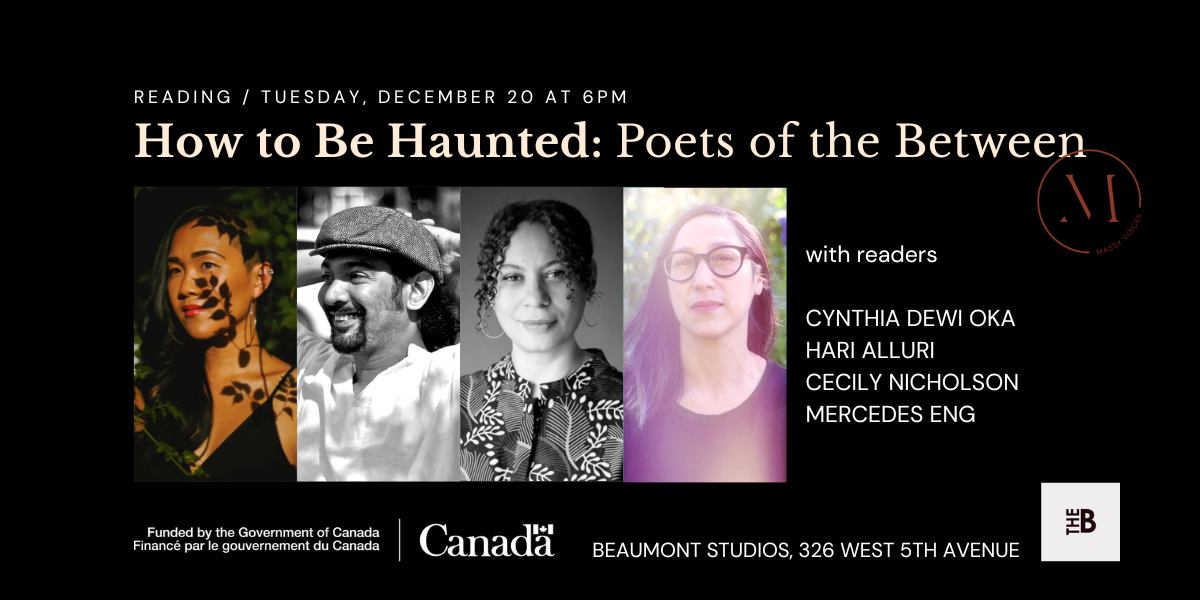 On Tuesday, December 20 at 6pm, join Massy Arts Society, Massy Books and Beaumont Studios for a stunning line-up of writers critical for our times in How to Be Haunted: Poets of the Between—featuring Cynthia Dewi Oka, Hari Alluri, Cecily Nicholson and Mercedes Eng.

From ghosts through declassified documents to pulses of childhood memory, these authors weave lyrical connections between their lived experience, the histories they carry and words that echo throughout time. 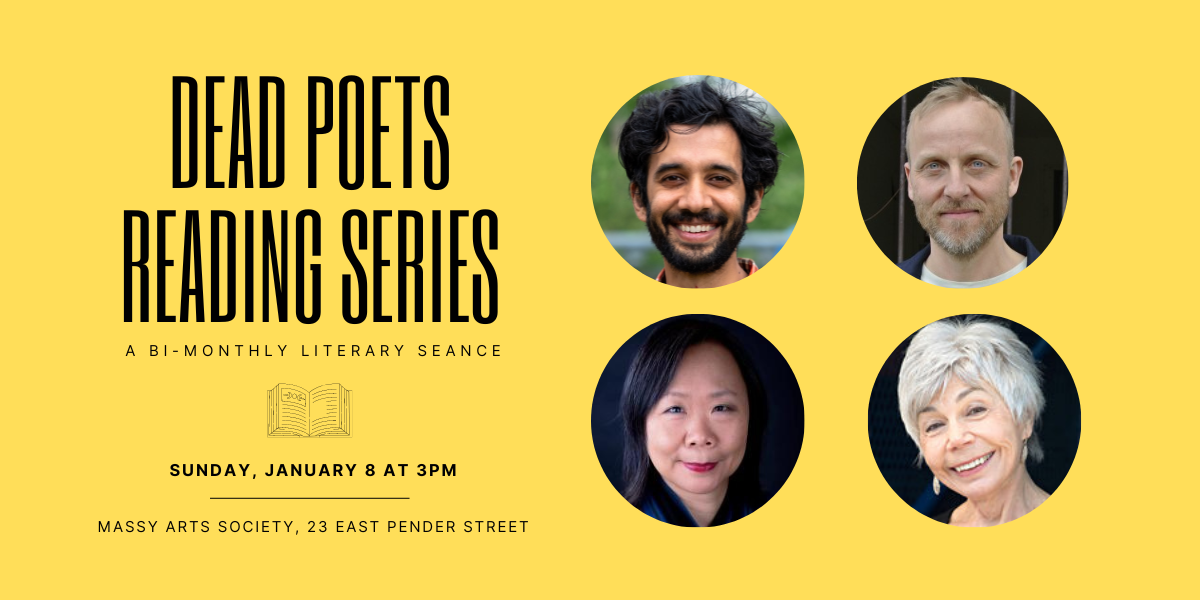 Readers act as a medium, inviting us to time travel by reading a selection of work by their favourite dead poet. Previously held in North Vancouver and the Vancouver Public Library, Massy Arts Society offers a new home for this longstanding series since it first kicked off in 2007. 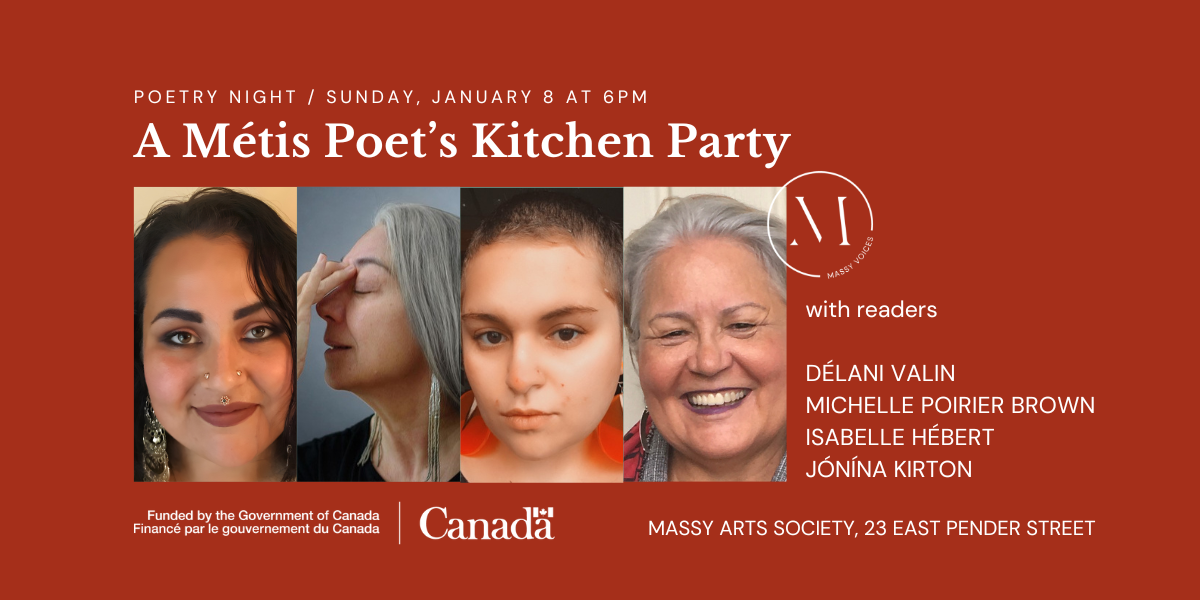 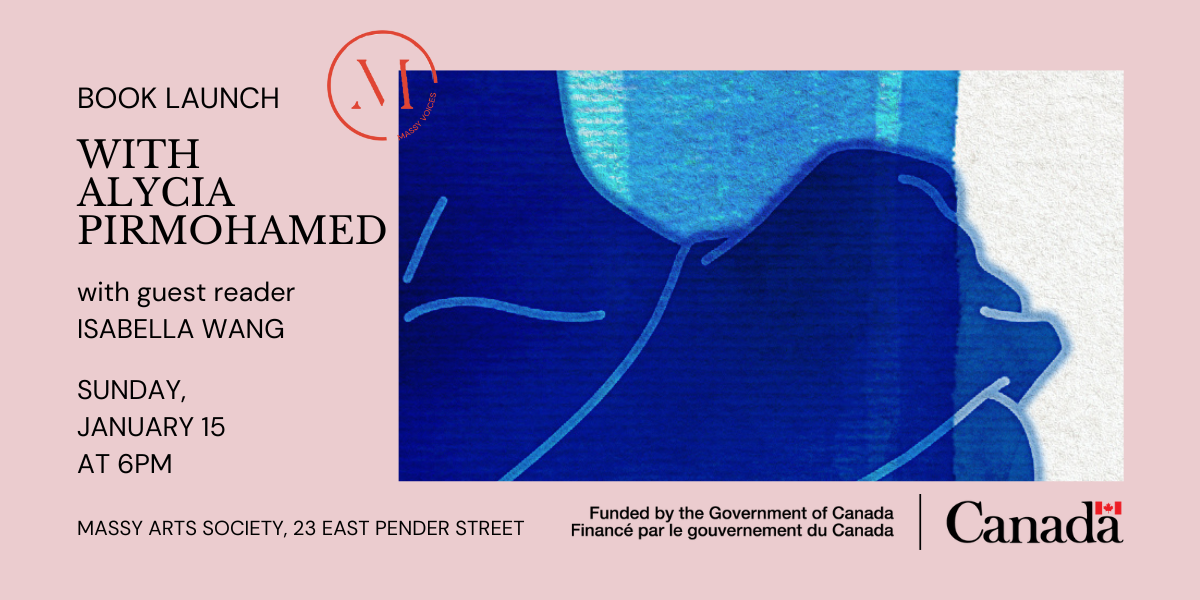 On Sunday, January 15 at 6pm, join Massy Arts Society, Massy Books and Birlinn Ltd for the launch of Alycia Pirmohamed’s debut collection, Another Way to Split Water. This lyrical exploration offers stories told and retold, how ancestral memory reforms and transforms and the imagined and reimagined.

Joined by Isabella Wang, author of Pebble Swing (Nightwood Editions)—refreshingly, devastatingly new—the two will offer meditations and a map toward self-understanding that is deeply rooted in place. 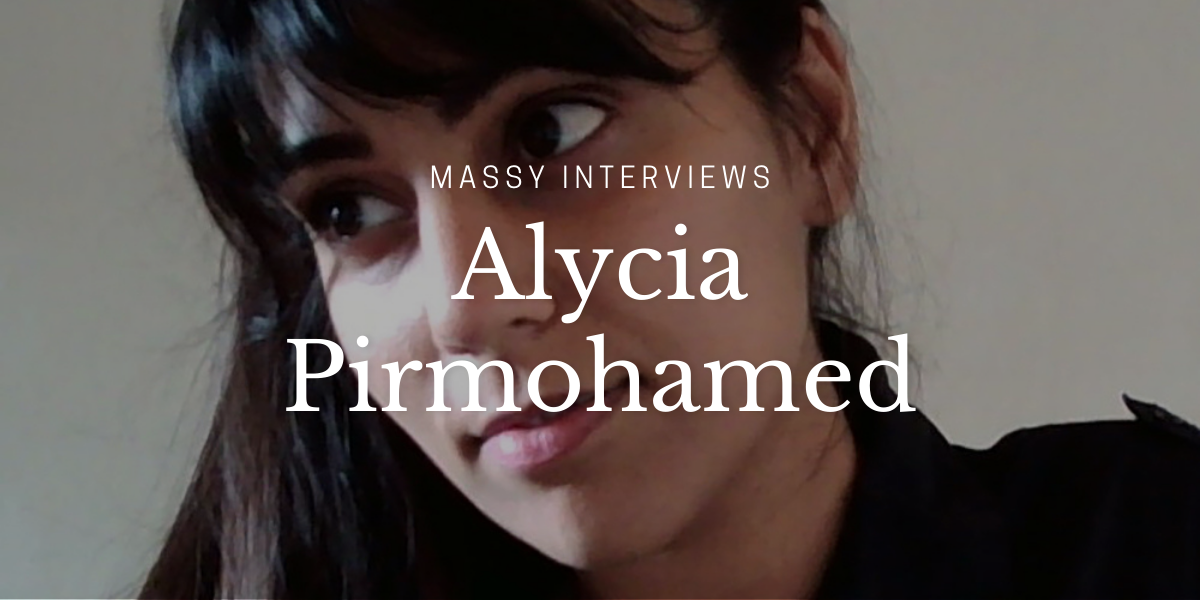 In celebration of the launch of Another Way to Split Water, poet and author Hari Alluri interviews Alycia Pirmohamed on this debut collection. In investigating this lyrical exploration of stories told and retold, ancestral memories reformed and transformed, and the imagined and reimagined—the two discuss fragmented and wholeness of selves, and the life-span of poems … 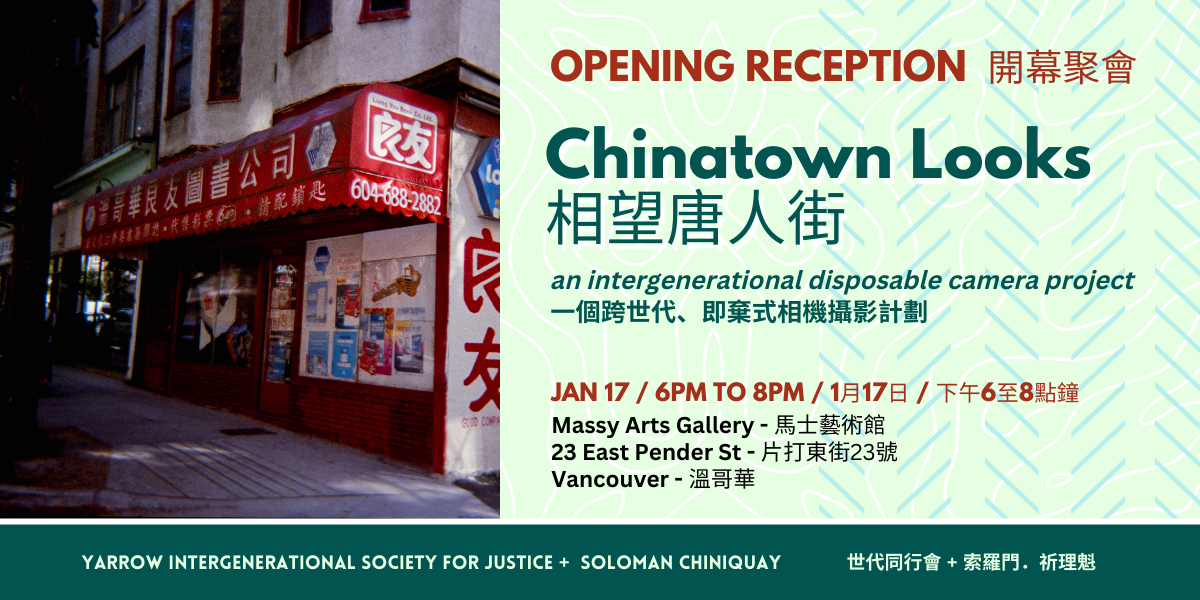 On Tuesday, January 17th at 6pm, Massy Arts will host the opening reception for, Chinatown Looks: an intergenerational disposable camera project, a Chinatown-based photography project and workshop series showcasing the work of 21 Chinese seniors and youth members of Yarrow Intergenerational Society for Justice. 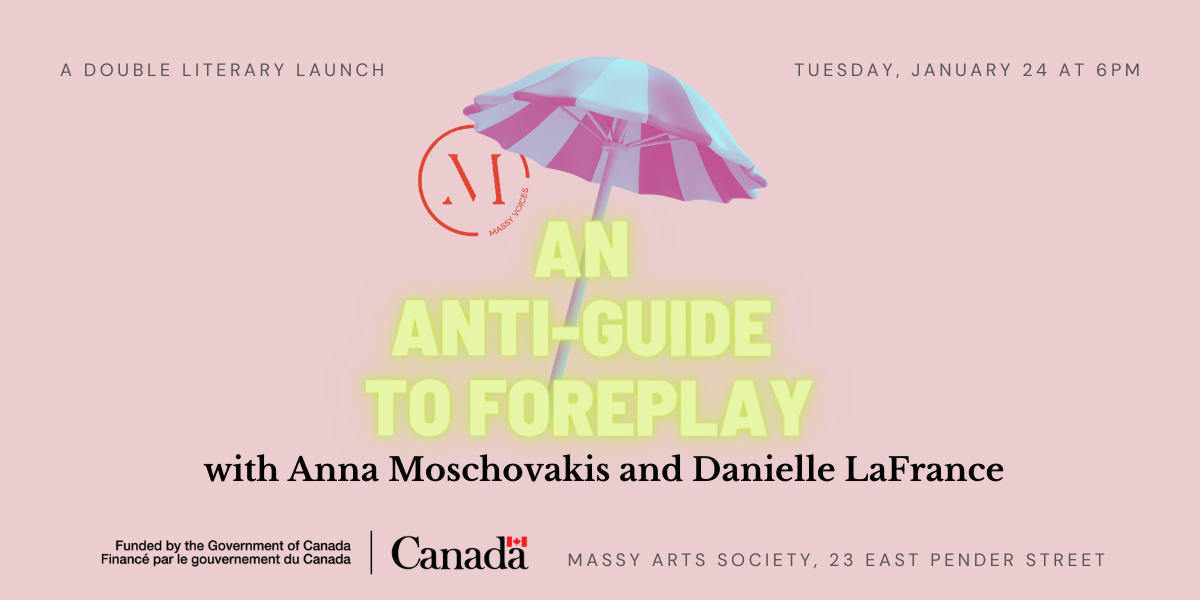 From suspicion to sexual objects, LaFrance and Moschovakis offer a pleasure-filled evening of reading from their new works—inviting us to be read in the process. 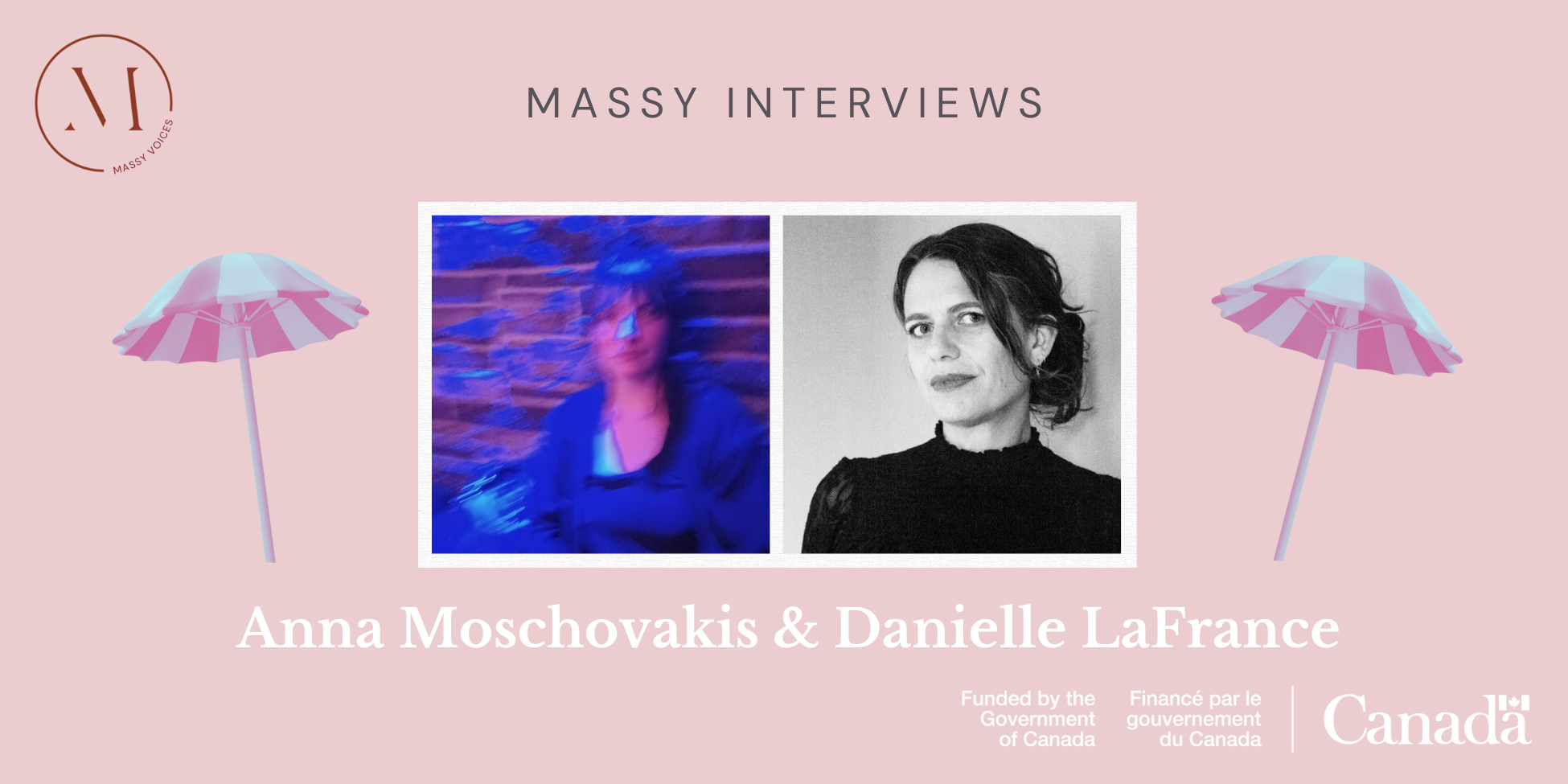 In anticipation of An Anti-Guide to Foreplay, the double launch of Participation by Anna Moschovakis and #postdildo by Danielle LaFrance, poet and author Hari Alluri interviews Anna Moschovakis and Danielle LaFrance on their two dissertations on desire. Bringing these authors into dialogue invites us to reflect on pleasure, gestures, joy and the act of reading/being … 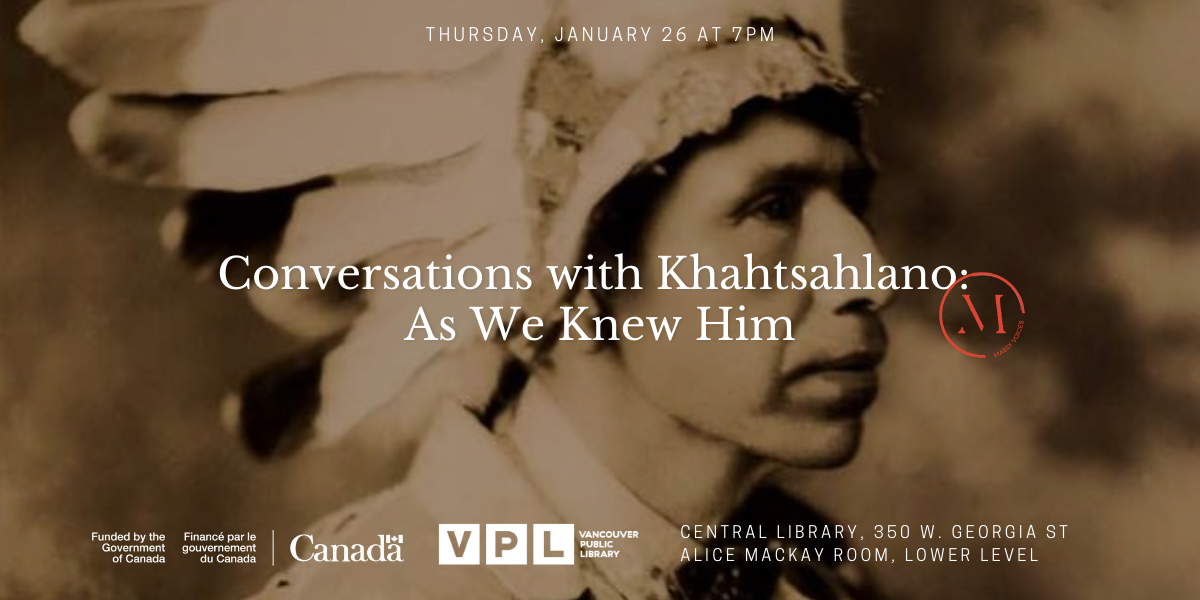 On Thursday, January 26 at 6pm, join Massy Arts Society, Massy Books and Vancouver Public Library for Conversations with Khahtsahlano: As We Knew Him.

One of the most significant books on local history that’s been out of print for more than 60 years, Conversations with Khahtsahlano 1932-1954, contains twenty-two years of conversations between Sḵwx̱uwú7mesh Chief X̱ats’alanexw, a.k.a. Chief August Jack Khahtsahlano, and Major J.S. Matthews. First published in 1955, it tells the stories of people who lived in the area, that is now called “Vancouver.” 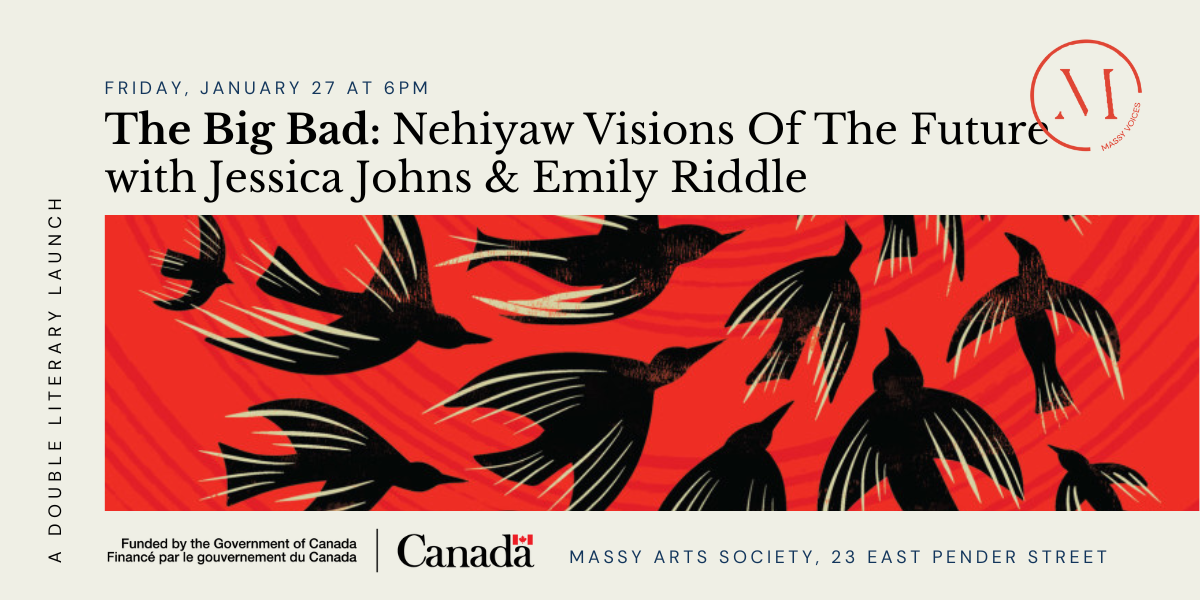 On Friday, January 27 at 6pm, join Massy Arts Society, Massy Books, Doubleday Canada and Harbour Publishing for The Big Bad: Nehiyaw Visions Of The Future. This double launch celebrates two Nehiyaw authors and their latest works: Bad Cree by Jessica Johns and The Big Melt by Emily Riddle. Haunting and fierce, both Johns and Riddle meditate on kinship and ndn utopia in the era of late capitalism and climate change. 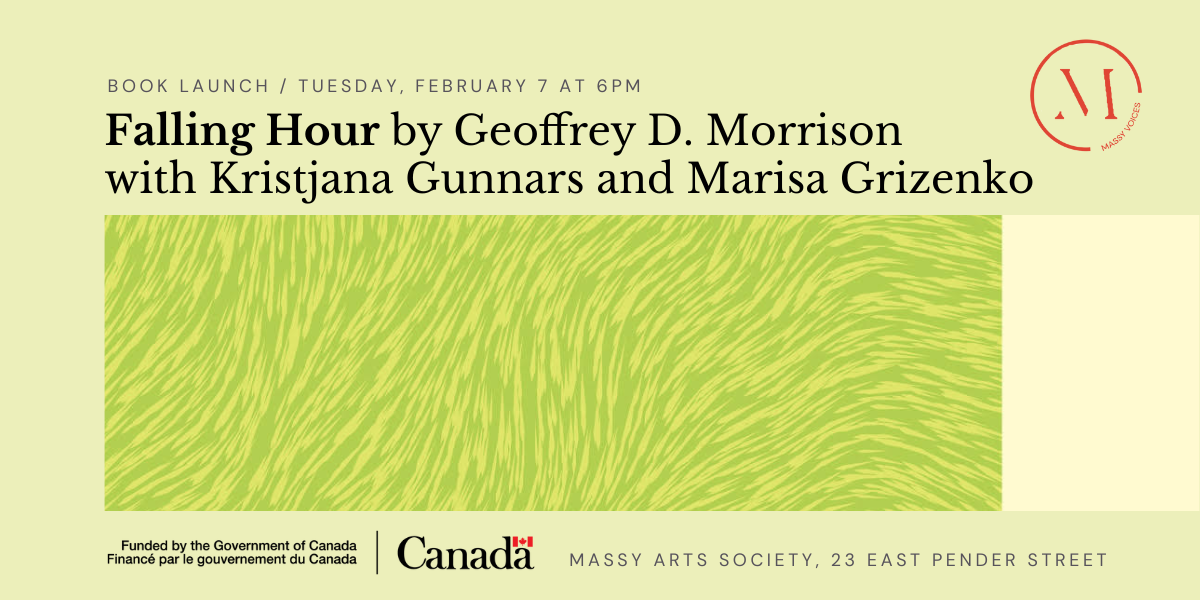 On Tuesday, February 7 at 6pm, join Massy Arts Society, Massy Books and Coach House Books for the launch of Falling Hour by Geoffrey D. Morrison. The Mezzanine meets Ducks, Newburyport in this meandering and captivating debut novel.  Morrison will be joined by co-reader Kristjana Gunnars, who will read from The Scent of Light, her …